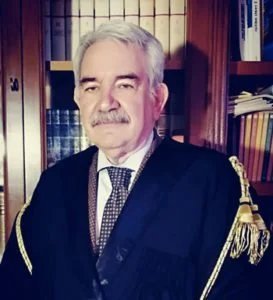 The lawyer Bernardo Brancaccio is one of the best known and respected Criminal lawyers of the Province of Naples.

For years president of criminal lawyers in the council of lawyers of Torre Annunziata, he has a full professional experience; he took part in some of the most important and significant criminal trial both of organized crime and of common crime, and also of crimes against the public administration by the so-called “white-collar workers”.

He is currently president of the Rotary Club of Pompeii, one of the most prestigious global organizations of solidarity, peace development and friendship among peoples.

He also had qualified political experiences having been elected several times mayor of a municipality in the province of Naples, provincial councilor of Naples and vice president of an important Neapolitan ASL.

As proof of his training also in the administrative field he obtained, after graduating in law, a master in planning and management of the territory at the FOR MEZ Institute of Naples, subsequently specializing in the 80s at the Polytechnic of Milan.

In this capacity he was a member of the Regional Technical Committee for the evaluation of municipal regulatory plans and secretary of the legal section of the Scientific Technical Committee, a high-level consultancy body of the Campania Region.

During his long professional career he took part, also as a supervisor, in the most important scientific debates on the subject of law and criminal procedure.

He is currently one of the  professor of criminal matters at the legal training school at the Council of Lawyers of Torre Annunziata.

He has been a member of the commission for the new solicitor qualification exam at the Court of Appeal of Naples. 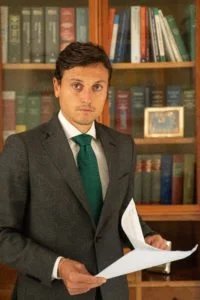 The lawyer Vincenzo Esposito, graduated with honors in law in 2011 at the University of Salerno, is registered in the Register of council of lawyers of Torre Annunziata.

He has achieved specific academic awards in the fields of substantive and procedural criminal law where his professional skills stand out.

He is the author of doctrinal legal articles published on the most important national and international legal journals, as well of a commentary on the articles. 606 cod. proc. pen. and following articles, about  the appeal to the Supreme Court, currently being published.

As a member of the board of directors, he was part of the Association of Young Criminal Lawyer in 2016, where he examined some of the most important comparative profiles in the field of crimes within the supranational legal systems.

He has presented and participated in numerous seminars of legal interest where he has lectured on issues of criminal procedure.

The languages spoken are English, French (where he obtained the “Delf” diploma of French language at the Grenoble Institute of Naples) and Spanish. 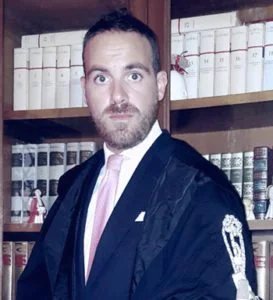 The lawyer Ismaele Brancaccio achieved in 2009, with honors, a degree in law at the University of Turin with a thesis in administrative law of sport entitled “objective responsibility in the practice of sport justice ” supporting, during the university career, also exams in Spanish at the Universidad Complutense de Madrid, Facultad de Derecho.

Since 2009 he has started to undertake constant professional collaboration activities with primary law firms operating in the criminal law field throughout all the national territory.

His constant ambition to achieve a 360 ° legal preparation, with solid foundations also in civil, administrative and international law, led him, in 2012 to achieve also, following the attendance of a two-year course , the diploma of specialization in legal subjects at the School of Specialization for the legal professions of the University of Naples Federico II.

Since 2015 he has also undertaken a collaborative activity, as a “expert of subject”, with the Spanish Language and Legal Spanish professorship at the University of Naples Federico II, Faculty of Law, with the prof. M. Alonso Pimentel Garcia.

During his professional career he has built up solid and proven bases in the following matters: crimes of organized crime, drugs and drug trafficking, white collar crime, crimes against the Public Administration, crimes of illegal immigration, crimes against property and against the person , and he took part, in person, in relevant processes of national media resonance.

The lawyer Ismaele Brancaccio perfectly speaks the Spanish language, the English language and the French language with solid and proven bases even in Spanish and legal Spanish law. 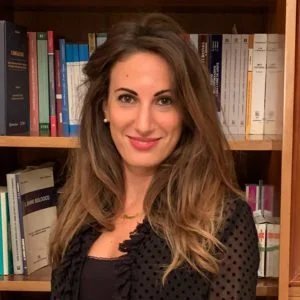 Mrs. Anna Chiara Malafronte received her master’s degree in Law in 2013 at the University of Salerno, focusing in particular on the legal studies on the responsibility of the health and the damage deriving from medical error (malpractice).

Enrolled in the Board of the Order of Lawyers of Torre Annunziata in 2014, she continued her education and training at the “E. De Nicola “- Court of Torre Annunziata. She has worked with prestigious law firms operating in the civil law field: in particular, she was formed – and still is part – of the Law Firm ‘Malafronte&Partners’, one of the leading professional realities in the field of road accidents and compensation for damages due to errors doctors (malpractice).

Operating for over a decade in these thematic areas, he has gained an important legal knowledge of the legislation of interest that places it among the most qualified lawyers at national and international level in this field. Furthermore, her professional competence extends to family law and labor law.

She has presented and participated in numerous seminars of juridical interest, publishing various articles in important forensic magazines addressing, in particular, the most sensitive issues of family law and compensation for damages. 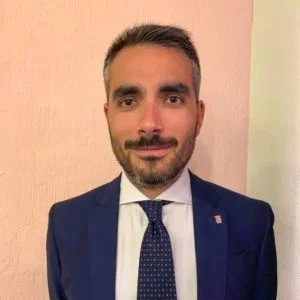 Mr. Luigi Vitiello represents one of the main figures of business development consultant within the Brancaccio & Esposito law firm.

Already a research doctor at the Department of Industrial Engineering of the University of Naples Federico II, the engineer Vitiello has a complete technical / managerial preparation through which he is able to range from technical / judicial consultancy in the field of of complex civil and criminal proceedings up to the area of ??consulting and development of business projects on behalf of the Brancaccio & Esposito law firm’s assistants. Mr. Vitiello has also repeatedly served as a technical consultant on behalf of the Public Prosecutor’s Office in sensitive national proceedings in the field of navigation law, as well as being present with various publications in international first-level scientific journals.

From 2014, by virtue of the partnership with Sorrento Luxury S.R.L., Mr. Vitiello has assumed the role of Business partner and technical and financial consultant (CTO and CFO) at the company as well as the role of technical director (CTO) of the company STIM S.R.L. as well as a technical consultant at the company MV Marine S.R.L. The activity of the engineer Vitiello on behalf of the law firm Brancaccio & Esposito extends to the area of  technical / legal advice in the field of civil and criminal proceedings and in the business development sector, especially for the research and development of business projects to be implemented on behalf of clients Brancaccio & Esposito law firm. 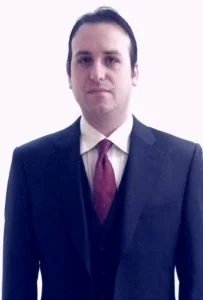 Fabio Santoro is a dynamic European Lawyer (R.E.L.) and Italian Lawyer with an extensive practice of over 10 years in international business environments and litigation both in private practice and in large multinational commercial enterprises.

During his career he worked for international Bank such as Deutzche Bank and UK Public Offices such as Serious Fraud Office. 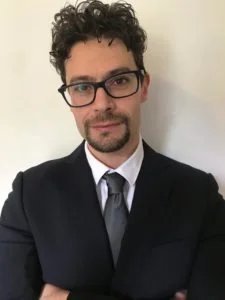 Oreste Maria Petrillo is an Italian Lawyer with an extensive practice of over 10 years in international business environments and litigation both in private practice and in large multinational commercial enterprises.

During his career he worked for big company as Ernst&Young and other small UK companies. 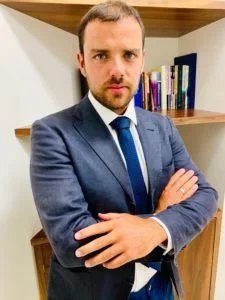 Mr. Danilo D’Alessio received his master’s degree in Law in 2011 at the University of Naples, focusing in particular on the legal studies on the responsibility of the health and the damage deriving from car accidents.

He has worked with prestigious law firms operating in the civil law field: in particular, he was formed at Law Firm ‘DeMartino&Partners’, one of the leading professional realities in the field of road and fatal accidents.

Operating for over a decade in these thematic areas, he has gained an important legal knowledge of the legislation of interest that places it among the most qualified lawyers at national and international level in this field. Furthermore, his professional competence extends to personal injury law.

He has presented and participated in numerous seminars of juridical interest, publishing various articles in important forensic magazines addressing, in particular, the most sensitive issues of road and fatal accidents. 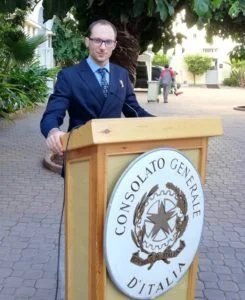 Dr. Carlo Michel Giordano has achieved the degree of Law, with full marks, to the University of Naples in 2019, by doing a dissertation of “corporate law and business strategy” during his university career he sustained exams in Spanish, French, and English to the Université de Reims Champagne Ardenne URCA, et l’Universidad de Granada UGR.

Since the university, he has undertaken internships that one did at the Ministry of Foreign Affairs and International Cooperation among the consular authorities as the General Consulate of Italy in Casablanca Morocco, by exercising the criminal law for the internationals crimes, application for asylum, visa, family reunification and citizenship.

Experiences abroad have made it possible to understand disparate legal systems applying international and European law in countries such as France, Spain and Morocco.

Since the 2018 has also undertaken an activity of organization of conferences regarding international criminal law with the University of Naples “Parthenope” and the Leo Club of Pompei.